A fine last day; it could have been July. Tracks in the grass from the construction fence towards the river – a sign of Mr Fox or Badger from last night.

Visitors all day; some from the Gower, Southwater and closer by. Some lucky passers-by who chanced on our last session and gained some tuition after their cycling. Other regulars returned for the final activity (thankyou) and those sometimes awkward moments when things have to come to an end. 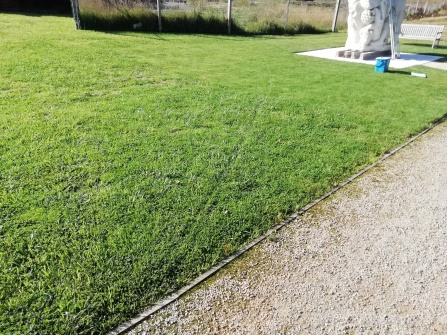 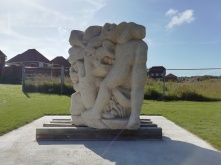 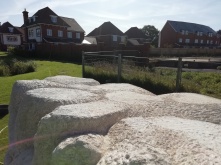 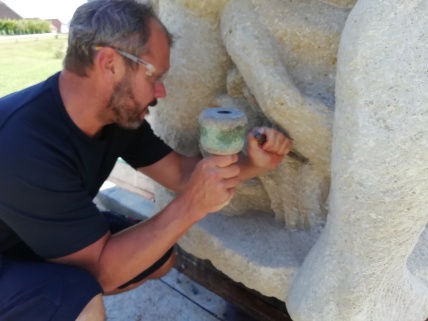 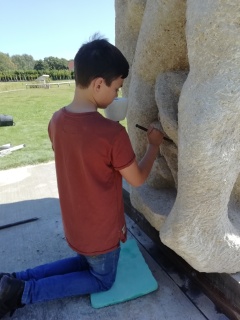 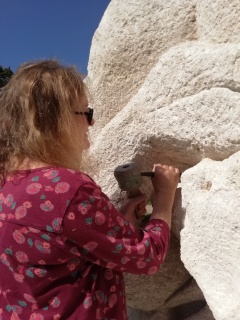 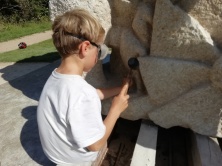 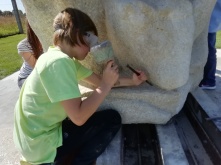 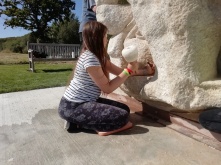 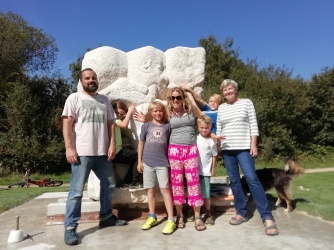 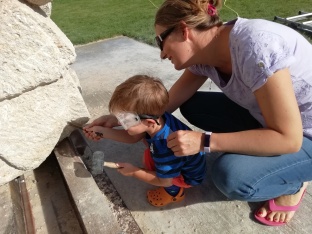 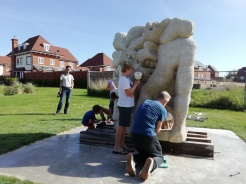 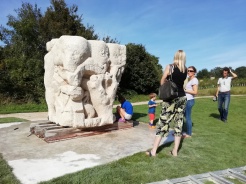 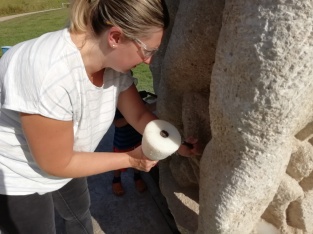 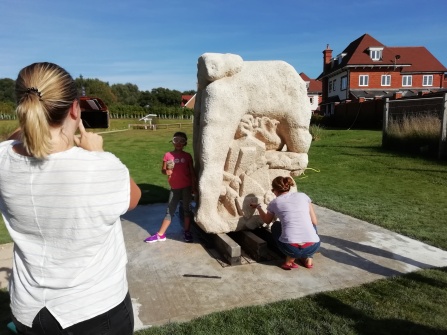 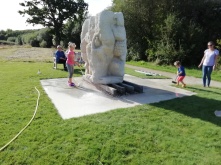 We downed tools promptly and hosed the sculpture before cleaning the base timbers and the concrete plinth. Both have done us proud through the vagaries of the weather over the last 6 months. Thanks to Berkeley for hosting this tremendous 6 month community programme, which has resulted in something with real energy emerging.

When a work is complete, it really needs a name to help its passage in the outside world, when it has to stand on its own without its co-sculptors around it. One of the regulars, Oscar, had a long and creative discussion about naming; bringing up Naturecall, Forest and Harvest as possibles. The difficulty of settling on a title is due to:

the need for it to be universal, rather than clever (something like Palimpsest would describe the sculptural layers in the landscape over time.. but it’s snooty and exclusive – not what is needed for a public work. Whereas Timeline could conceivably work)

the need to avoid either too much subtlety or tenuous links (things need to be clear to a viewer who may have no connection with the work, or other things referenced)

So, Dwelling, raised by Cathy, could have possibilities. Its is communal, hints at homes and communities rather than houses, and it has a gathering function for all the bird and animal connections in the work. And I like the double meaning, as dwelling also hints at the contemplation in the human figure when confronted with the pipsqueak woodpecker; making or allowing time and savouring the experience.

Can you perhaps add your naming thoughts by commenting on the post? I also like the idea of Arunflow – building on the river (as the reason the bird and animal count has been so high) being recognised in the same way that High Wood perhaps does not need recognition because of its use in the two community names on either bank. The figure IS large but is only present because of supporting (or a focus for) the other forms in the sculpture. I’ve enjoyed the colloquial birdman but don’t feel this or other terms lead to a strong formal name… which needs to build on and strengthen what is local.

Keep talking, even though we are no longer carving.

Watch out for the moving day in late September and an opening event in mid October.

Leave your own thoughts Cancel reply